Guarding Your Heart for a Godly Marriage (Part 2: Purity) 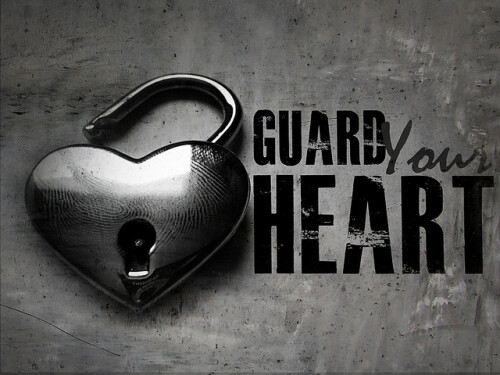 Keep your heart with all vigilance, for from it flow the springs of life. (Prov 4:23, ESV)

Fire, it is often said, is a good servant and a bad master. In control, fire is useful and life-giving. Out of control, fire is frightening and life-destroying. Kept within the proper context of a fireplace, fire provides warmth, light, and joy to a home. But if it escapes its proper context, it can severely damage or even destroy a home.

For this reason, fire is an apt metaphor for sex. The sexual relationship, in its proper place, is one of God’s most pleasurable and powerful gifts to mankind. The proper place for sex is between a man and a woman within the context of the covenant of marriage (Heb 13:4). Inside this context, sex has tremendous potential to provide life and happiness. Outside this context, sex has tremendous potential to wreak havoc on lives and relationships.

My suspicion is that the greatest way Christian singles are damaging their future marriages is in the area of sexual impurity.

Pornography is creating false expectations of the marriage bed. Cheap and easy sexual “fixes” are dampening young men’s zeal to take responsibility, woo a young woman, and marry as soon as is reasonable. Pop culture offerings such as The Bachelor degrade sex and romance, serving up relational “candy” with loads of artificial sweetener and no nutritional value. Many Christian dating couples reject physical boundaries as “legalistic,” then are racked with guilt when their physicality goes too far.

In his new book Not Yet Married, Marshall Segal writes:

We live and date in a society of now. We can watch anything we want, anytime we want, anywhere we want. We can have any kind of food delivered to our front door in minutes. And we can “like,” flirt, and text from the safety and comfort of the crumb-filled couch in our bachelor pad. The same selfishness and impatience are also the main ingredients in a tidal wave of premarital sex, leading more than half of us to give ourselves away before we even graduate high school. With a little computer-generated imagery, it all looks like unfenced and unfiltered freedom and adventure.

The culture of first-century Thessalonica was no less sexually charged than modern American culture. But God’s instruction regarding sex to the Thessalonian believers, and to us, is clear and liberating. Let’s consider 1 Thessalonians 4:3-8.

1. God’s will is for believers to reject sexual impurity. (v. 3)

For this is the will of God, your sanctification: that you abstain from sexual immorality.

Our loving Father wants what is best for us His children. What is best for us is “sanctification,” also known as holiness. Why? Because He is holy! Sexual immorality is diametrically opposed to holiness. No matter how many excuses you may make, no matter how you may reason away His wisdom, it cannot be denied that a step toward sexual impurity is a step away from God.

Don’t believe me? Then try a few diagnostic questions: Can you pray God’s blessing on your make-out session with your boyfriend? Can you thank God for the pornography you’re about to consume? Does the sexting session you just indulged in fill your soul with the glory of God? My friend, here is the plain truth:

Every form of sexual immorality works against your spiritual growth. A step toward sexual impurity is a step away from God.

2. God’s will is for believers to reject the influence of lustful unbelievers. (v. 4-5)

That each one of you know how to control his own body in holiness and honor, not in the passion of lust like the Gentiles who do not know God.

“Pastor Mike, it’s so difficult. We’re surrounded by sensuality. It’s in our faces all the time.” No doubt, the struggle against sexual lust is difficult. But “no temptation has overtaken you that is not common to man” (1 Cor 10:13). Two thousand years ago the believers in Thessalonica were surrounded by “Gentiles who do not know God,” who indulged in “the passion of lust.” The era of temple prostitutes was no less challenging than the era of Tinder. But each generation of believers is called to holiness and honor, which means controlling your body.

The “Gentiles who do not know God” feed us lie after lie excusing sexual promiscuity.

God’s Word provides a contrast to worldly lies. Its teaching on sexual morality is clear, and is good: “control your own body.”

The end of 2017 has seen a reckoning among high-profile men whose unwanted sexual advances and abuses have come to light. Hollywood celebrities, politicians, media personalities, and CEOs have been exposed and shamed as lecherous, uncontrolled pigs. More than ever we can see God’s wisdom in limiting sex to marriage.

Reject the uncontrolled lust of this world, and prepare for a lifetime of self-control. True, when you get married you can (and should!) righteously enjoy sex. But self-control will still be necessary to stay faithful to your one spouse. Self control will always be needed, so cultivate this fruit of the Spirit. No matter how much weight you can lift, the greatest strength is seen in one who can restrain his own passions.

If your weeks only involve interaction with unbelievers, you will be in a difficult place in your battle against sexual sin. It is vital to have regular and intentional times with brothers or sisters in Christ who can come alongside you in the battle for purity and help re-focus your eyes on the Lord.

3. God’s will is for believers not to sexually steal from fellow believers. (v. 6)

That no one transgress and wrong his brother in this matter, because the Lord is an avenger in all these things, as we told you beforehand and solemnly warned you.

Do not underestimate the wrong you cause in the body of Christ if you sin sexually with a fellow believer. You wrong the one you sinned with, even though she may have consented! You wrong her parents, who likely spent countless hours encouraging her purity and whose hearts will break when they hear of her error. You wrong her future spouse – and by the way, there’s a good chance her future spouse will not be you! Don’t fall for the lie “we’ll get married anyway” or “we’re married in God’s eyes.” Countless Christian dating couples have fallen for this trap of Satan. Ironically, if you sleep together before you’re married, you are less likely to end up married.

Friends, I know far too many well-meaning Christians who deeply regret how far they went physically before marriage. How far is too far? God’s Word is not silent on this matter. First Timothy 5:2 says that young men in the church are to relate to young women “as sisters, in all purity.” Would it be weird to touch your sister the way you touch your girlfriend? Then back off. This boundary is God’s grace in your life. Even a simple kiss can awaken passions that are not easily quenched. Don’t stir up or awaken physical affection until the right time. In the long run, you won’t regret waiting.

For God has not called us for impurity, but in holiness. Therefore whoever disregards this, disregards not man but God, who gives his Holy Spirit to you.

It is impossible to abstain from sexual immorality in the power of your own self-will. Some of you have tried this approach and failed miserably. The good news is, God makes a provision for your sexual self-control: the gift of His Holy Spirit. A Christian’s sexual impurity is a blatant rejection of the Holy Spirit. But when a Christian is submitted to the Spirit’s control – meditating on His Word, communicating with Him in prayer, connecting with His church – then and only then may he walk in victory over sexual impurity.

Some of you have read this with guilt in your hearts, groaning inwardly because you’ve already sinned badly in this area. Friend, there is hope in Christ. There is grace in the gospel. There is space to repent and to begin anew your quest toward holiness.

Write down each time you are tempted or fail in sexual sin this week. What events and thought processes brought you to those moments? How can you re-direct your thinking and actions in similar moments next week?

Find a trusted Christian friend who will be available for you to call when temptation arises.