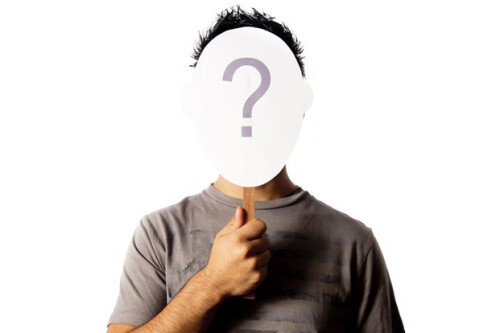 Who am I? Why am I here? What is my purpose?

Questions of identity shape what we desire and what we do. Understanding your identity is crucial. Nobody likes an identity crisis. However, our society seems to be suffering through significant identity crises – or perhaps more accurately, identity crises that formerly flew under the radar have been brought to the forefront. Children are told that their biological gender is not necessarily their “real” gender, igniting debates about pronouns and public restrooms and high school sports. Gender reassignment surgery is increasingly common. One man-turned-woman has even taken steps toward changing species, removing his ears and nose to make way for dragon scales and horns.

What primarily defines me? Is it my race? My nationality? My family? My gender? My personality? My abilities? My preferences? My past?

My heart goes out to those who genuinely wrestle with questions of identity, especially those who have had no opportunity to hear the words of the God who made them. The good news is, Biblical anthropology properly accounts for everything that is right with us and everything that is wrong with us. The God of the Bible knows us better than we know ourselves! He not only knows us; he loves us and has done everything necessary to remedy our ills. If you are struggling with an identity crisis, I invite you to hear what God’s Word has to say about who you are:

1. What Is Right With Us: We Were Created In God’s Image

So God created man in his own image, in the image of God He created him; male and female He created them. (Genesis 1:27)

God directly created the first human couple, Adam and Eve. Mankind was created to glorify God and to enjoy Him. That we are created beings implies accountability, dependence, humility, and gratitude. In the words of Peter Leithart, “We don't make our identity. We receive it.”

Man was created in the image of God, meaning not that we are little gods but that we bear some similarities to God and are intended to represent Him on earth. The crown of God’s creation, mankind is capable of incredible intellect, impressive innovation, awe-inspiring strength, beautiful creativity, and heart-warming compassion. The amazing thing isn’t how much men and monkeys have in common, but how much they don’t have in common (despite sharing many physical attributes).

Note in Genesis 1:27 that an important aspect of our creation in the image of God is the creation of mankind as male and female. The human race consists of two distinct genders, different in certain roles but equal in dignity in the sight of God.

Because we are made in the image of God, are we then free to act however we desire? Are we to excuse all of our behavior with the claim “God makes no mistakes…I was born this way”? No, because another aspect of Biblical anthropology must be considered – not only what is right with us but also what is wrong with us.

2. What Is Wrong With Us: We Are Fallen In Sin

In the beginning the earth was a tranquil paradise, and its first human inhabitants lived in perfect love, joy, and peace. But when Satan successfully convinced them to doubt God’s truth and goodness, Adam and Eve rebelled and sinned. Sin is the negation or perversion of God’s holy perfection. Because of sin, the earth lies under a curse. Things are not as they should be. This world is beautiful but badly broken. Every human also lies under a curse, born in God's image but also guilty and corrupted. We do not all sin as badly as we could (thank God!), but sin affects every part of our being: heart, soul, and mind.

Rather than enjoying a relationship with the God who created us, submitting to his wise and loving will, we are hostile to Him, desiring to go our own way, to chart our own destiny, to define our own reality, to be our own gods. The result of sin is separation from God, our willful choice and God’s just punishment.

Biblical anthropology holds in tension two massively consequential realities: every human is created in God’s image, and every human is fallen in sin. This makes sense of a lot of things, doesn’t it? It explains why humans are capable of such tremendous good and such monstrous evil. In the words of Charles Colton: “Man is an embodied paradox, a bundle of contradictions.”

The answer to this tension? Jesus, the only human who never sinned, who restores every believer to God’s image.

3. The Only Hope For Us: Jesus Christ

…and are justified by his grace as a gift, through the redemption that is in Christ Jesus. (Romans 3:24)

Jesus, God’s only divine Son, is the perfect, complete, unmarred image of God. He came to earth in human flesh and lived the perfect life we could never live. He died on a cross, bearing the punishment we deserve. Then He rose from the grave, defeating death and sin. All who trust in Him are forgiven, reborn, and given the hope of victory over sin! Believers are restored to the image of God progressively in this life, and perfectly in eternity – all because of the grace of Jesus Christ.

Debates about human identity will rage on. One’s perspectives on current issues such as totalitarianism, race, war, abortion, marriage, gender, and politics are largely affected by one’s anthropology. As Christians, let us view each of these issues through the lens of Biblical anthropology: our creation in God’s image, our fall into sin, and our Savior Jesus Christ. And let us lovingly share the hope of Jesus with anyone who struggles with an identity crisis.

Who am I? The crown of God’s creation… an unworthy sinner… a redeemed child of God!

*For an in-depth look into Biblical Anthropology, check out audio from a three-week class I taught last fall.

Posted by Mike Moses with 1 Comments

Created in God's image, fallen into sin, redeemed by the blood if Jesus. Restored progressively here on earth and finally in heaven. Love your simply break down of this. God's Word does explain the world we see and the solution that restores our true identity. Jesus.

I am also a blogger and love authentic engagement of what God gives me to share. Kudos to a well-articulated piece in a sea of relative, self-centered, God-less narratives of our identity.